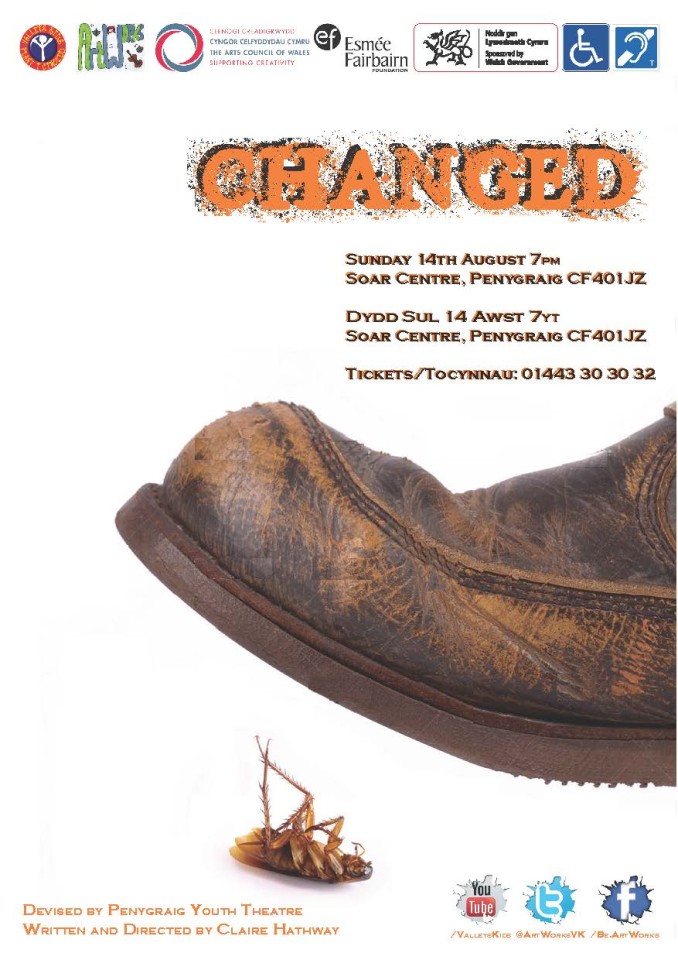 In a small town, buried amongst the hills, a young boy named Phil wakes up one morning to discover he’s changed! Bewildered and terrified by his appearance, he fears his family won’t recognise him! He spends the play tormented by his thoughts both cruel and kind.

Having discovered Phil, the family is horrified by what they see! His father, unable to recognise him and worried he might be vicious; forces him back into his room.

Phil’s younger sister Eira protests that it’s Phil! She gives him hope that in time others will see it’s really him too!

The Change is a dark, comical and emotive story that explores what it means to be to be truly human? Set against the backdrop of a seedy circus, with stunning physical theatre, it is a terrifyingly real story told in a beautifully imagined way.

Kafka’s story told in our own unique way!