The Magic of Play

2020 was an extraordinary year. No one has been left untouched and some have had their lives turned upside-down. We have been overwhelmed by the generosity of our communities. Thanks to their donations, Trust support and emergency COVID response grants, Valleys Kids has supported thousands of people over the year and we are still doing […]

A new social media platform, GoPoolit, has just launched! We are one of the first charities to be on the social network, and we want you to join us. Imagine if every ‘Like’ you’ve ever received on your social networks was a 10 pence donation to Valleys Kids ? It’s a simple concept: sign up […] 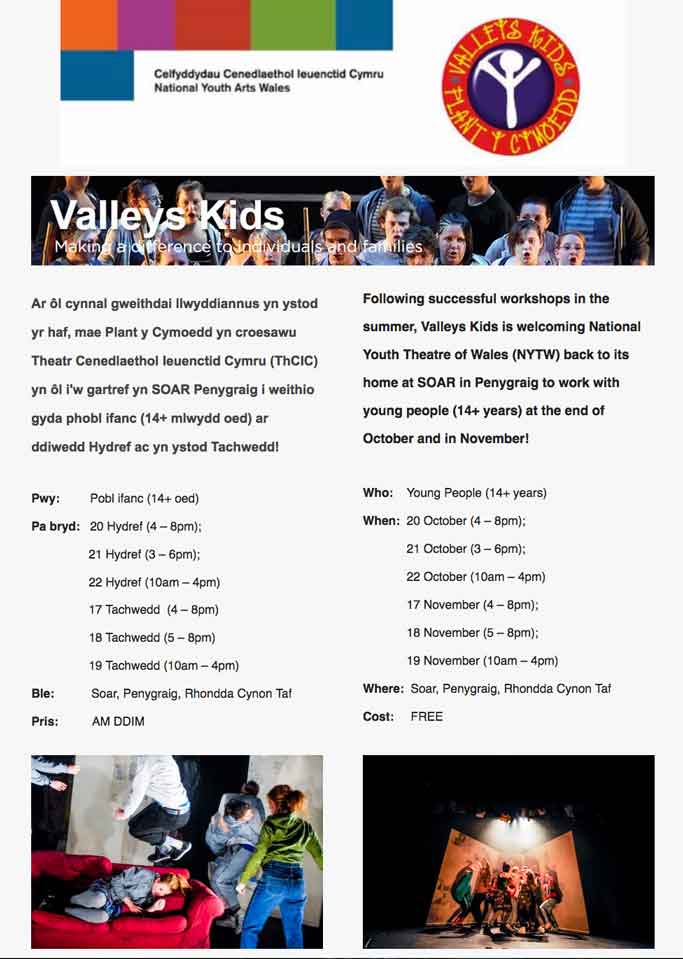 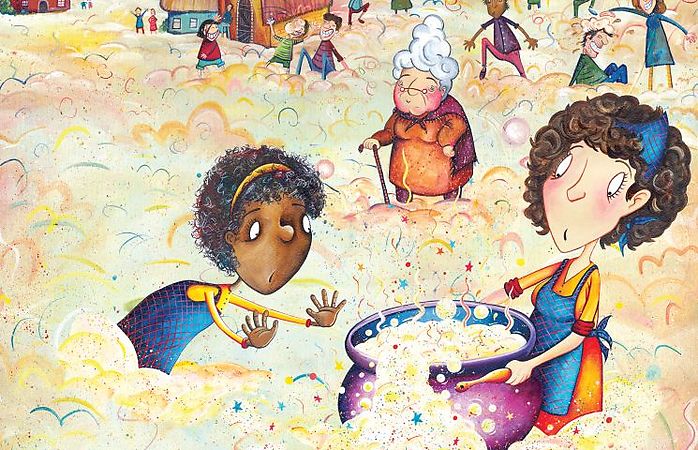 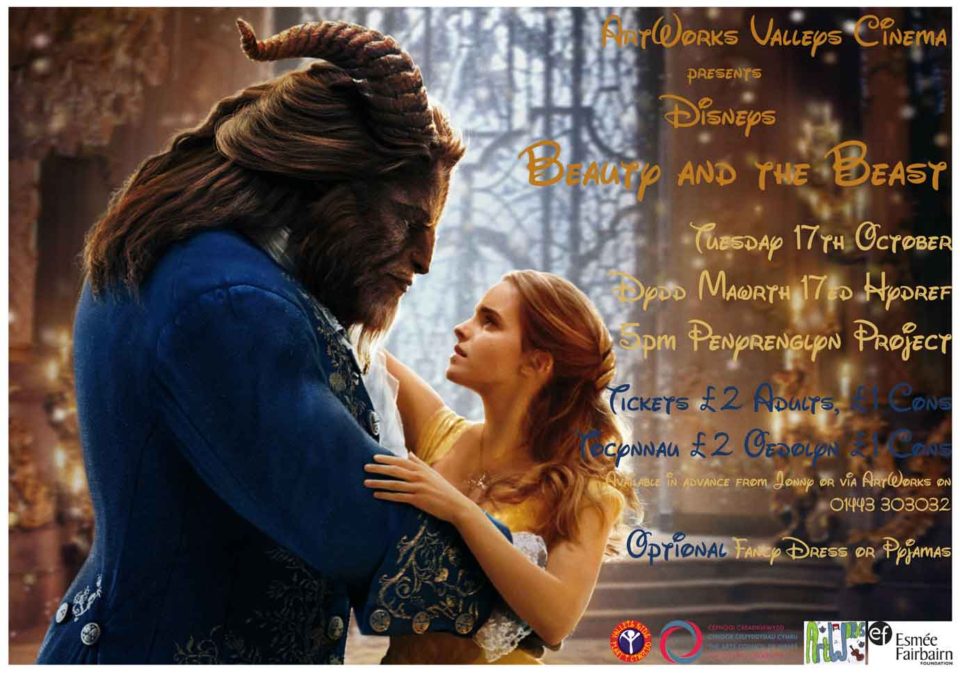 An adaptation of the fairy tale about a monstrous-looking prince and a young woman who fall in love.  Disney’s animated classic takes on a new form, with a widened mythology and an all-star cast. A young prince, imprisoned in the form of a beast, can be freed only by true love. What may be his only opportunity arrives when he meets Belle, the only human girl to ever visit the castle since it was enchanted.

Come and join ArtWorks for a magical night watching Disneys Beauty and the Beast in the Penyrenglyn Project.  Tuesday 17th October at 5pm.  Optional fancy dress or pjyamas. 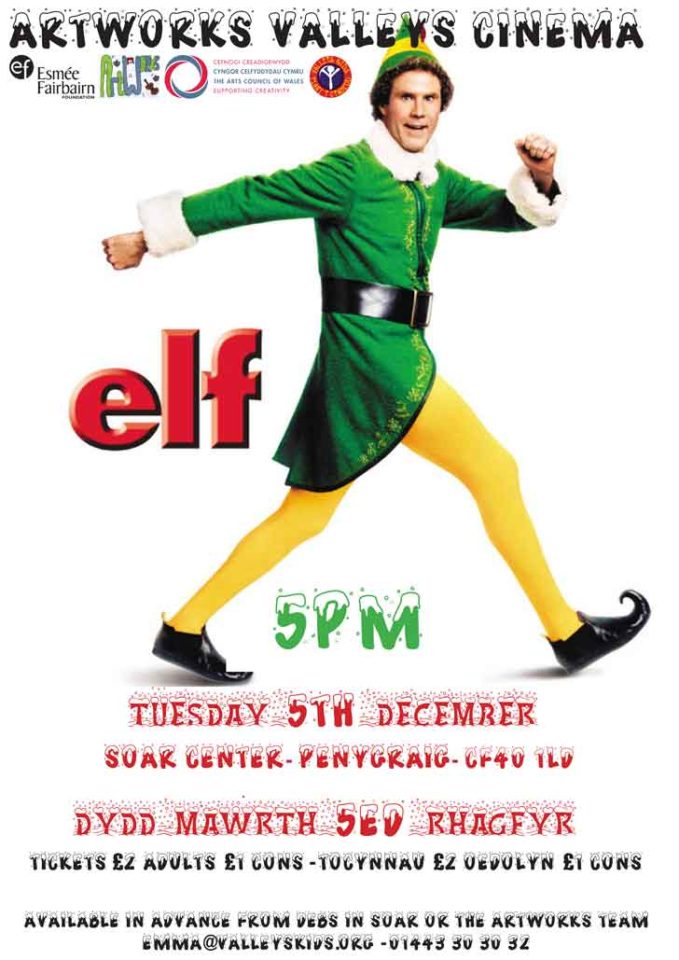 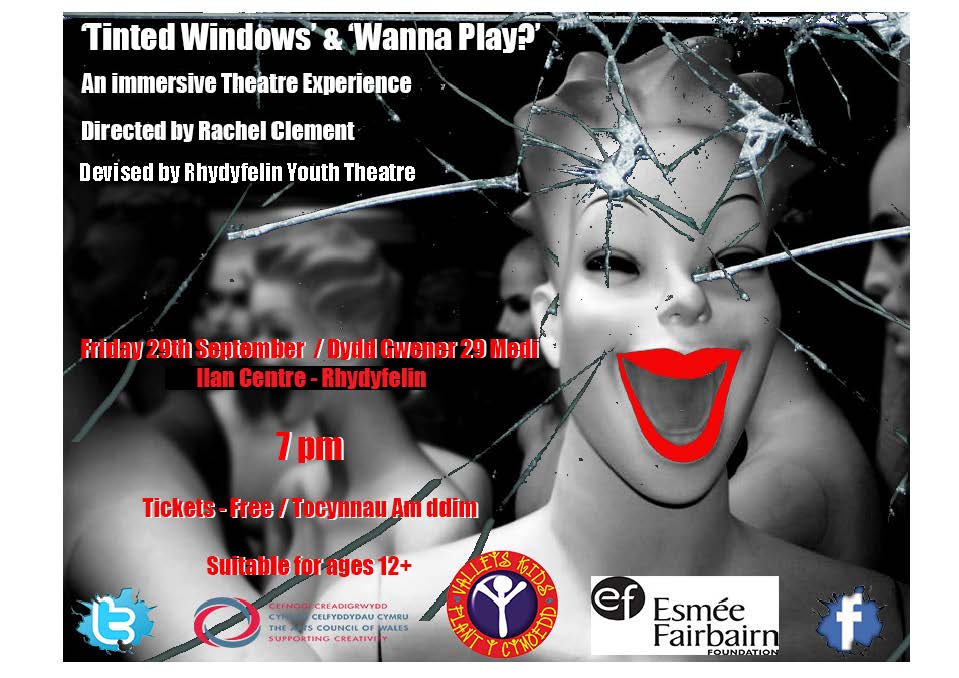 Rhydyfelin Youth Theatre brings you two performances in one night! After a successful run of the performances at The Factory in Porth and Venue Cymru in North Wales, the group will be performing ‘Wanna Play’ and ‘Tinted Windows’ in their home community of Rhydyfelin. Please come along and see their amazing work, it will be a night not to be missed!

Wanna Play
A 4-D sensory experience. Be prepared for surprises. Only for people with strong nerves.

Tinted Windows
What’s happening to all the information you post about yourself on social media? Is it showing the real you? Who’s watching you? Come along and take part in this immersive experience, which includes film, performances and a Big Brother booth. 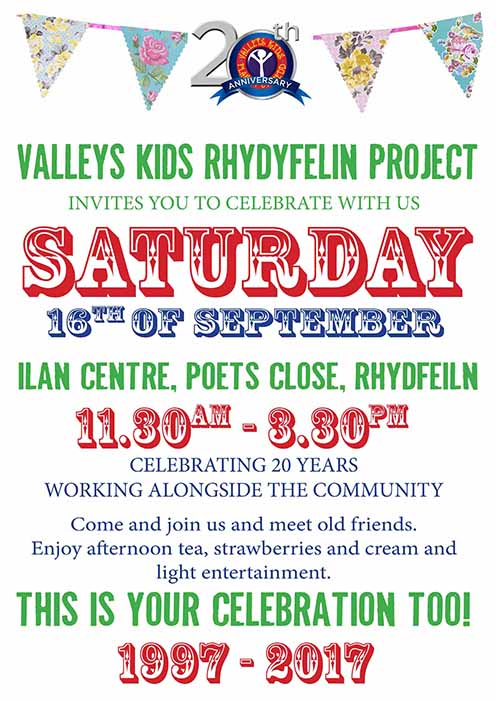 We would love to celebrate this landmark event with our wonderful Rhydyfelin community.  Please come and join us for an afternoon of reminiscing and memory making.  This is your celebration so please come and meet old friends and have afternoon tea with us in the Ilan Centre, Poets Close, Rhydyfelin.

Valleys Kids is welcoming National Youth Theatre of Wales (NYTW) to work with young people (14+ years) at its home at SOAR in Penygraig over two days this summer!  You’ll be introduced to physical theatre and theatre-making, using skills and techniques developed by international physical theatre company, Frantic Assembly.

Jess Williams will lead the workshops, which will be energetic, dynamic and FUN. Jess recently performed in the UK and USA tours of Curious Incident of the Dog in the Night time, and she worked on the National Youth Theatre of Wales production, dead born grow.  Jain Boon works regularly with NYTW. She’ll guide you through story-telling and theatre-making using the physical skills taught by Jess. Whether you’ve applied to join NYTW in the past or you’re thinking of applying in the future, Jain will give you a taste of what we’re about and what you could expect of future
courses and residencies with NYTW!
Whether you’ve done a lot of drama, theatre or performance – or just a little and you’re keen to do more! – these workshops are a great opportunity to expand your skills, and get involved with NYTW!

Places are limited and must be booked in advance with Valleys Kids Gemma@valleyskids.org 01443303032

Further details will be sent once you have booked your place.

ArtWorks are proud to be working with our partners NYAW, Avant Cymru and Afon Dance.  Look forward to seeing you there 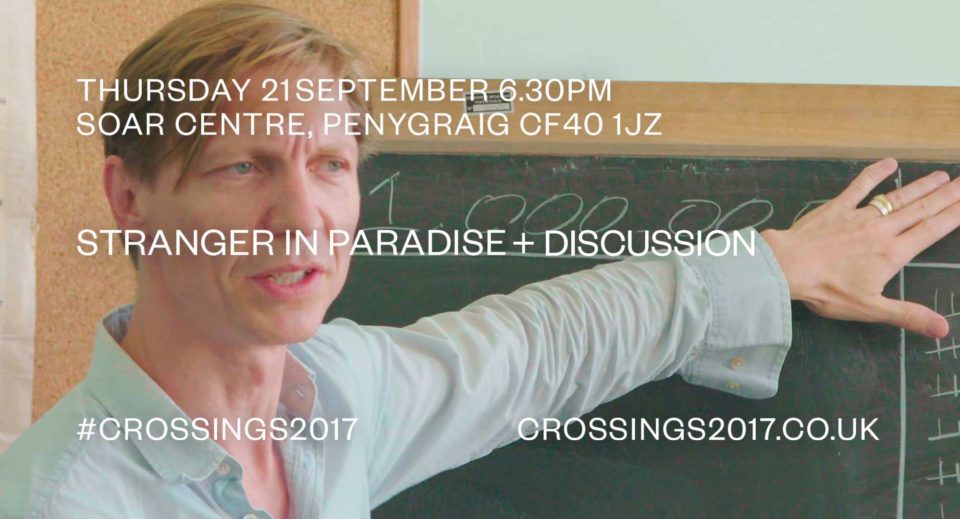 In a classroom newly arrived refugees learn about multifarious Europe. Operating at the intersection of fiction and documentary, Stranger in Paradise reflects on the power relations between Europeans and migrants in a candid fashion.

In a classroom in Sicily, just inside the walls of Fortress Europe, recently arrived refugees receive lessons from a teacher (Valentijn Dhaenens) who has some rather unbalanced traits. One moment he mercilessly rejects the refugees – the next, mollifyingly, he embraces them. Operating at the intersection of documentary and fiction, Stranger in Paradise investigates the power relations between Europe and refugees. Europe is represented by a teacher who drags his class of refugees down into his despair. A plea that borders on the immoral; a welcome charged with a guilt complex; and the compromise between these, made policy: Stranger in Paradise is an unflinching film essay on the mechanisms through which Europe tackles the refugees’ desire for happiness.

From the Director
“I tried to look down on the Earth from above. Contemplatively, and far removed from moral judgements. It started in May 2013, with a visit to the Italian island of Lampedusa. There, I met some of the migrants who have landed up there, their hopeful dreams for the future seeming to clash with a Europe that has little to offer them. I was struck by the power relations: how those with happiness treat the desire for happiness in others.

The contours for this film that formed them have changed little since. I wanted to make the power relationship I observed from a distance (and then later, during the research phase, up close) not so much visible, as feelable.”
Guido Hendrikx, Amsterdam, November 2016

The ArtWorks team are delighted to welcome back Mess Up the Mess with their youth production Us Proclaimed: Clywch Ni Created by Aled Pedrick, Ifan Davies, Cwmni Pluen and the young people of Mess Up The Mess Theatre Company in collaboration with National Youth Arts Wales. 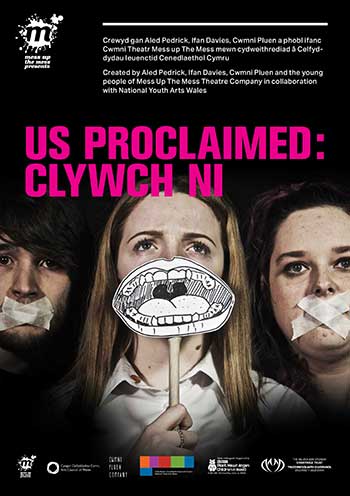 A brand new bilingual play with music inspired and created by the young people of Mess Up The Mess Theatre Company alongside actor and writer Aled Pedrick, composer Ifan Davies (lead singer of Sŵnami) and director Gethin Evans (Cwmni Pluen).

Us Proclamed: Clywch Ni throws a spotlight on the unique identities, perspectives, passions and interests of young people growing up in Wales today. Through song, comedy, poetry, drama and movement find out what makes this tight company of young people tick.

‘We have a light, a spark, a source of ignition
We’re bright, you’re dark, trapped in indignation.
Our voices fade, like smoke behind the wall of your creation-
Why can’t they hear us screaming?’ 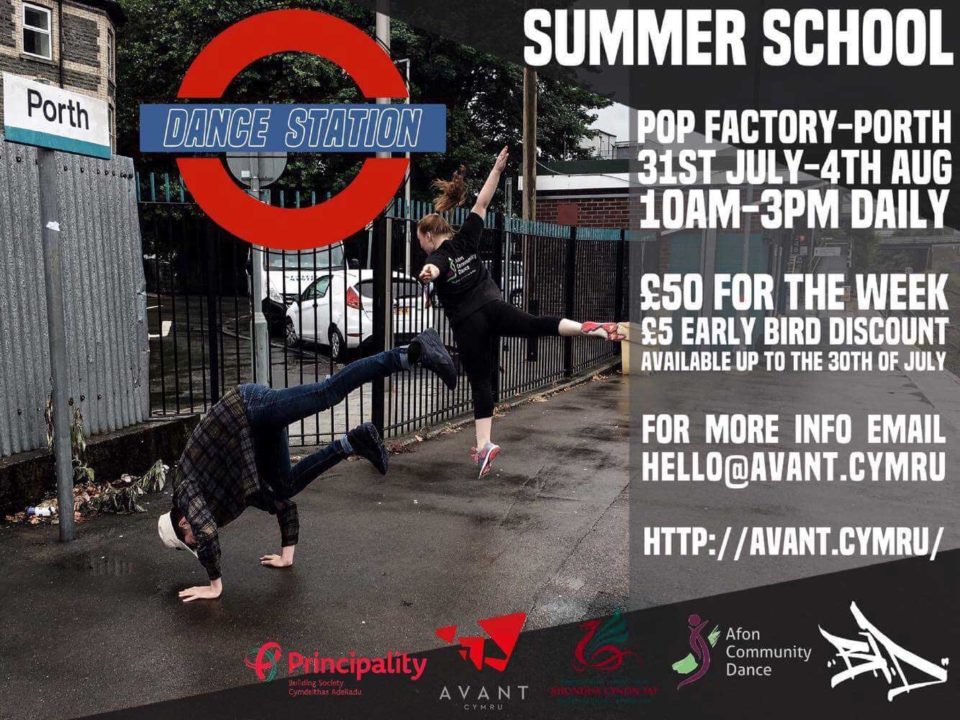