History: How it all began

The hard work and commitment of local volunteer labour and 7 years of fundraising later, Prince Charles opened Soar as a community and arts resource.

In 1977 Penygraig Community Project was established, a community development initiative with 2 staff on jobshare and a small group of volunteers, working predominantly with disaffected teenagers in a whitewashed coal cellar of the local Probation office. The local community were keen to develop activities for younger children and approached the Project for support. Together they learned how to make bouncy castles and began to run Play and Afterschool sessions. This developed into a wide range of support services run by and for the local community.

The congregation of Soar Baptist Chapel which was suffering from dry rot and a leaky roof offered it as a gift to the Project in 1980. The Project became known for its grassroots up approach to community development and was invited into other challenging communities in the Rhondda. In 1999 the Project became Valleys Kids to better reflect its geographic spread and its growth. In each of the communities in which we work a key factor is working in partnership with each community to identify specific needs and to address them together.

Valleys Kids first started working in probation and with disadvantaged and deprived young people. The first 10 years would see the expansion into working with junior club, babies and toddlers. The work also expanded from probation to prevention and also started to introduce the Arts as a medium for self expression.

Donated Soar Chapel by the congregation.

In partnership with Education and Social Services established the Intermediate Treatment Centre for adolescents at risk.

One of the first volunteers appointed as youth worker.

Visits to the Project from Lord Hunt and Prince Charles

Volunteers working in chapel getting it ready for the opening.

A programme of Theatre, Dance and Music was established.

Return visit from Lord Hunt who said, “Right from the beginning we spotted the need for this project… It is a model example and there is nothing quite like it in the Principality”.

Garages between Cross Street and Soar purchased for storage and conversion into workshops.

Grant from Rhondda Borough Council to employ a Technician.

“Valley’s Motor Project” establish in partnership with Probation and Social Services to work with young people, offenders and non-offenders.

The latter 10 years of Valleys Kids history focuses on expansion of provision into another three communities, Penyrenglyn, Rhydyfelin and then lastly Dinas.

The Penyrenglyn Community Development Project opened its premises on the Mount Libinus estate in Treherbert in two converted houses.

Valleys Kids established as a Company Limited by Guarantee and a Registered Charity to acknowledge growth into wider communities.

Local Government Conference Award for the most Innovative and Imaginative use of European Funds.

Growing Out of Poverty scheme funded by  the National Lottery Charities Board.

All ICT training computers and printers replaced by Buy as you View.

Treherbert and District Regeneration Partnership established. One of only two voluntary organisations in Wales to make a successful bid for the People in Communities scheme.

Won Arts & Business Award for the most creative and innovative partnership with a business.

Work began on the Vestry redevelopment.

Completed a £750,000 refurbishment of the Vestry in Penygraig.

Children from all four Centres performed for HRH Prince William in the Millennium Stadium with Amampondo.

The Vestry of Soar Centre was opened by Pontypridd writer,  Elaine Morgan

Chosen to be one of the five Cultural Olympiad Projects in Wales, with the Mzansi Cymru linking our Valleys with Townships in Cape Town, South Africa

‘Can you Hear Me?’ book published, written by Liz Cutland focussing on Valleys Kids and the impact on the lives of beneficiaries since its inception in 1977.

Chosen to be one of the projects taking part in Arts Council of Wales initiative: Ideas, People & Places in partnership with Artes Mundi

Refurbishment of Art in the Attic Gallery in The Factory, adding disabled access thanks to funding from the Colwinston Trust & support from Knox & Wells Construction

ArtWorks renamed and rebranded into Sparc

The Panel was particularly impressed by its complexity and the quality of the services it provides. The project is truly inspirational and ambitious. It demonstrates best practice in all aspects of its work. The Project has clearly shown its ability to flourish and work to the highest standards. BURA 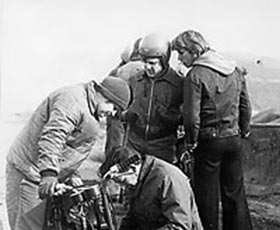 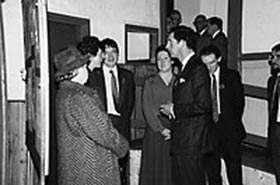